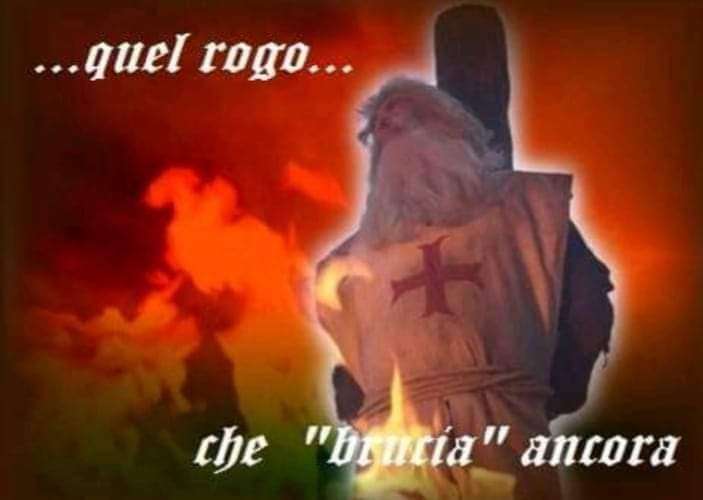 March 18 marks the anniversary of the death of the last Master General of the Poor Soldiers of Christ, called the Templars. He was unjustly arrested in Paris in 1307 and after 7 years of imprisonment and after a farce trial now known to history, he was burned at the stake by the French king Philip the Fair for having portrayed some confessions extorted under torture.

He died in communion with the church after attending his last Holy Mass at Notre Dame and receiving the Holy Eucharist. He was burned at the stake together with his fellow prisoner Fra Jeoffrey of Charnay in the presence of the people who loudly proclaimed the innocence of the Temple and his Master.

But we know: earthly justice often does not go on par with divine justice to which, sooner or later, everyone must give an account. Philip the Fair had surely accounted for his actions, so did his henchman the Nogaret and all the ancient persecutors. And surely those who still carry out an unjust persecution of those who serve Christ must also be accountable to God for their actions.