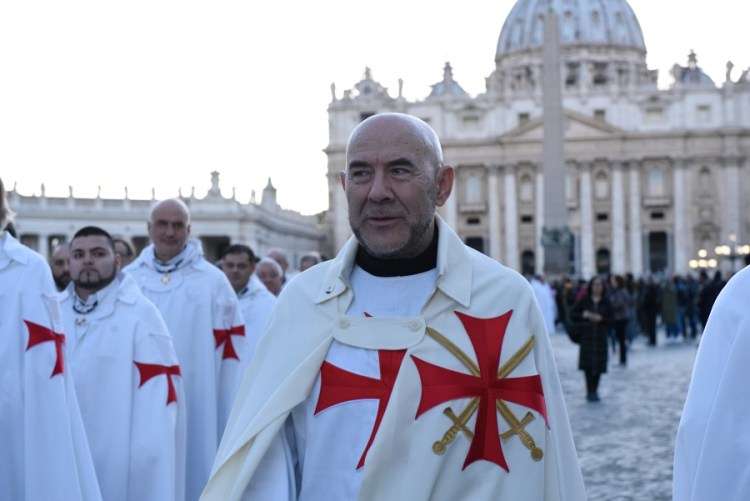 Dr. Mauro Giorgio Ferretti was born in Reggio Emilia, has completed classical studies and graduated in Law at the University of Parma. For over thirty years he has been dealing exclusively with themes of chivalric tradition.

As a result of his preparation, Dr. Mauro Giorgio Ferretti daily lectures throughout Italy and France on topics related to the “Pauperes Commilitones Christi Templique Salomonis“, called Templars.

It also holds conferences on the Catholic Templars of today and especially on the tradition of chivalry, with reference to Western Christian and Catholic.

“As a result of the management of Dr. Mauro Giorgio Ferretti, the Catholic Templars are now more than two thousand in Europe. With him they have accomplished more than 5,000 voluntary services in the last few years, in the spirit of the free service that the Christian Cavalry imposes. As a result Mauro Giorgio Ferretti has personally coordinated, among other activities, the service of the Catholic Templars for the extraordinary exposition of the Holy Shroud in Turin in 2015, the opening and custody services of the Holy Doors throughout Italy for the Extraordinary Jubilee of God’s Mercy in 2016, the Eucharistic Congress of Ancona in 2011.

With the aim of increasing the Catholic vocation through the Templars, the spiritual retreats organized in Italy and in France and the numerous and daily meetings with many Bishops, Archbishops and Cardinals are relevant.

Lastly, his presence was important during the General Convent in Rome, at the Parish of Sant’Anna in the Vatican.